I don’t know what I expected to see when I looked out my living room window. But a Road Runner standing on the roof of my car wasn’t on the list of possibles. 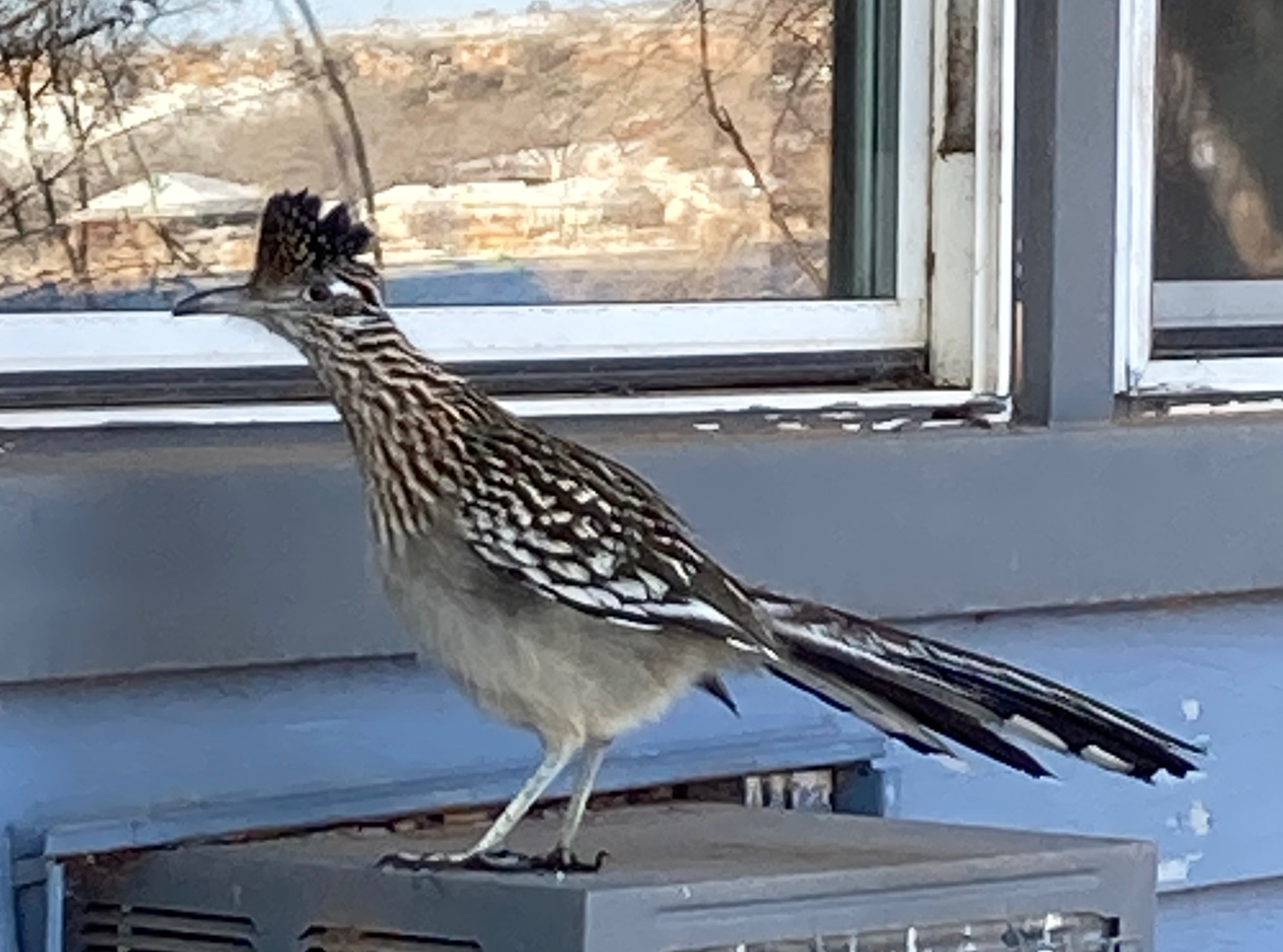 I like Road Runners. They are quirky birds. From the punk rock plumage on their head to their sporty tail feathers. They’d rather run than fly. And when they run, they run fast. Up to 20 miles per hour. Fast enough to catch lizards, small birds, frogs, and mice. Omnivores, they aren’t too picky about their diet. They’ll eat some fruits and berries, too. And maybe a scorpion for dessert.

Road Runners are monogamous and mate for life, which can be as long as 8 years. Both parents take care of their young ones who, at just three weeks old, run fast enough to catch their lunch.

And while Road Runners pair up for life, the mating ritual is not “one and done”. Every spring the male initiates his courtship rituals of dancing, singing, showing off, and bringing gifts to his Road Runner sweetheart. (There’s a lesson for couples in there somewhere…)

Perhaps most fascinating is the way Road Runners kill snakes.

Years ago on a hiking trip in far West Texas, I had an opportunity to watch a Road Runner attack and kill a small rattlesnake. You’ve got to be pretty fast to dodge the strike of a rattlesnake. The Road Runner darted in and out. So fast it was a blur. But he wasn’t going after the “safe” part of the snake. With his strong beak, he went for the head. In a surprisingly short time, the Road Runner trotted off with the snake hanging limp in his beak.

When hunting with their mates, Road Runners kill rattlesnakes by taking turns pecking at the snake’s head. Peck long enough and hard enough and eventually they win. 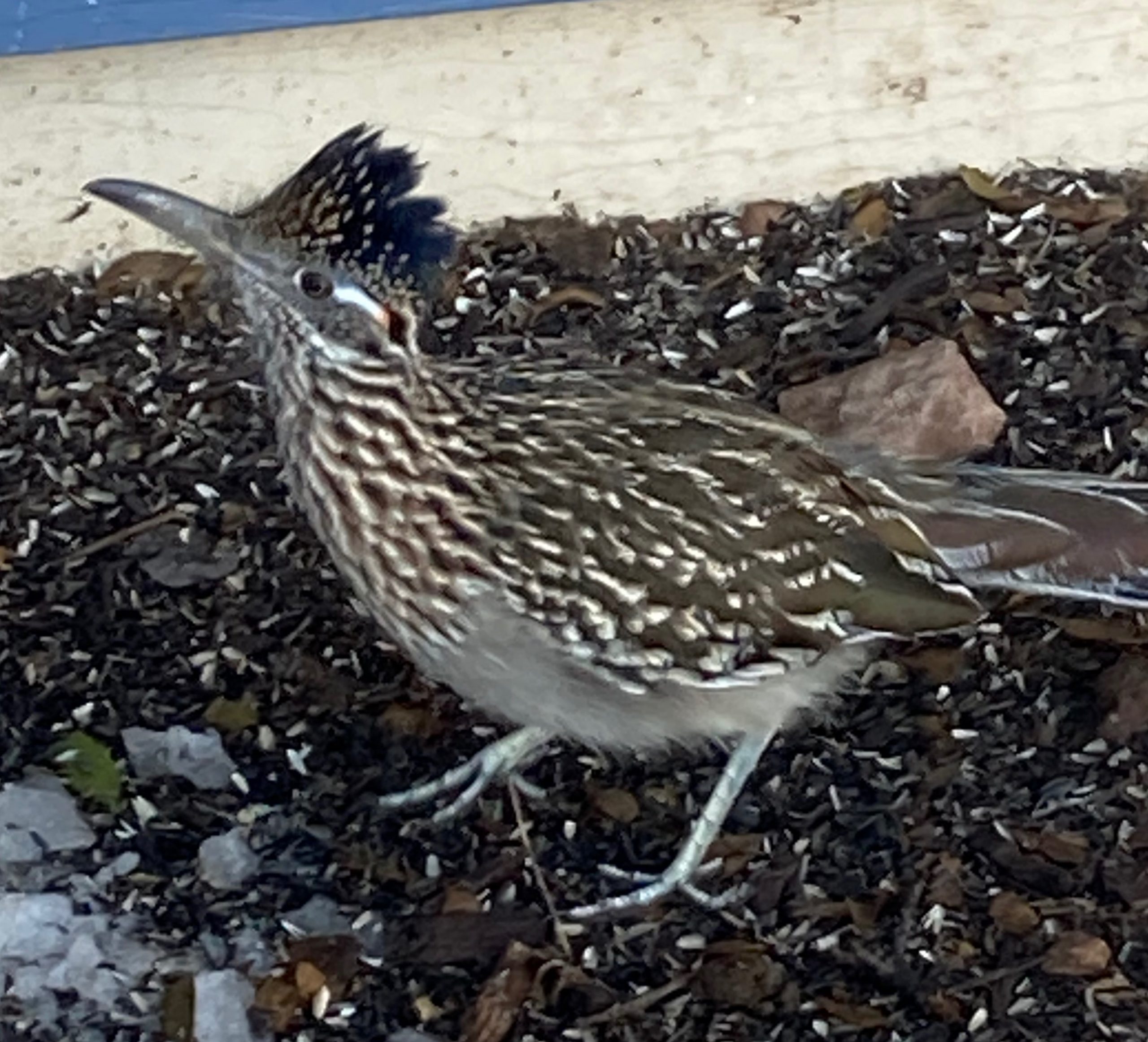 What scary situation are you facing today? Is it a necessary but difficult conversation you know you have to have but want to avoid? Is it a daunting project you are procrastinating on because you don’t know where to start? Is it a painful decision waiting to be made?

Whatever you’re staring down today, hit it head-on. It’s the quickest path to victory.