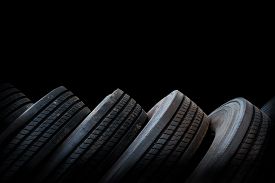 Got the news today that Ben Mulder died last night. I shed a few tears when I heard about it. I wondered where those tears came from since I haven’t seen the man in 30 years. He wasn’t family or a close friend. In fact, I doubt he would even remember me.

During my years at Northwestern College, Mulder’s Phillips 66 held down the southeast corner of Highway 10 and Albany Avenue, across the street from campus. Back then, and even now for all I know, it was a full service station. They’d clean your windows, check your oil and pump the gas. Customers appreciate that kind of attention. Often it was one of his sons, Brett, B.J. or Scott, on the business end of the squeegee.

My transportation was a white two-door 1976 Oldsmobile Cutlass Supreme. A pretty good looking car with the chrome rims I had on it. One morning I felt the car driving funny. I took it to Ben for a look. He walked once around the car and said, “You can’t drive like this. The steel belts are coming apart on all four of your tires.”

“Tell you what. Just leave it here at the station. I think I’ve got some used tires that might work.”

“Bennie, I don’t think I’ve got enough money for those, either.”

“You can’t drive it like this. These tires are gonna blow anytime. Too dangerous. Just leave it here and let me see what I can do.” He said it like a Dad. In a pleasant but firm “don’t argue with me” voice.

I walked back to Colenbrander Hall wondering with every step how I’d ever be able to pay for whatever it was Bennie was going to do.

Those were the days before everyone and their Golden Retriever had a cell phone. So I walked back to the station about a half hour before closing. I found Bennie inside, ringing up a customer.

“Hey, come on out here and let’s look at your car. I put some used tires on it.”

I walked around the car with my one good eye wide open, staring at the wheels. I’m not saying Bennie was lying to me because he was an honest man. But for him to call these tires “used” would be like a car dealer saying the Chevy can’t be sold as new anymore because someone sat in the back seat. I think the only mileage on these tires was the distance he rolled them from the rack to the hydraulic lift.

“Bennie, these look great. But…”

He cut me off mid-sentence.

$40 per tire for tires this new? He’s being too nice. That’s a smokin’ good deal.

“$40 per tire is way more than fair, Bennie. It will take me a bit to get the money together. Is that ok?”

I remember him standing there, grease on his gray work pants and shirt, wiping off his hands with a shop towel. It was almost 5 PM, he was sweaty and needed a shave.

I couldn’t process it. He didn’t know me from a bale of hay. I’m just one of a few hundred college kids that come and go to earn a degree.

Bennie said, “Does that work for you?”

“You’re not charging me enough for these tires.”

“Well, they aren’t new. They’re used.” He turned around and went inside.

They say people will forget what you tell them but they’ll never forget your kindness. Bennie Mulder’s kindness impressed itself on my life. When I’m having the private mental discussion about “how much do I do for this person?” Bennie and his used tires pop into my head and I remember it’s always better to err on the side of generosity.

I’ve shared my story of Bennie and his used tires in sermons I’ve preached, around restaurant tables, with strangers, friends and family. And as I begin my new job as a high school Bible instructor next week you can bet I’ll be sharing the story with my students, giving them an image and an example of what it means to treat people well.

A truth about relationships is that when we meet people, we either leave them better or worse. But we never leave them the same. Bennie Mulder, in the very brief time our paths crossed, left me a better person.

He was just giving a kid a deal on some tires. Decades later the lesson of his kindness is still rolling along.

God’s biggest blessings to the Mulder family as they celebrate a good man and a life well lived.

“A good name is to be more desired than great wealth, Favor is better than silver and gold.” – Proverbs 22:1