What’s the hottest you’ve ever been?

What’s the coldest you’ve ever been?

Residing in the Phoenix valley for 14 years, I lived through a lot of hot. In fact, there’s no such thing as cold in Phoenix. It’s either warm or it’s hot. The 20 minutes in January that one might put on a light sweater doesn’t count as cold. It’s interesting that the people who brag about it being a “dry heat” are the same ones who show up in their RV’s at Thanksgiving and drive back to Duluth before Easter, conveniently skipping over the blast furnace months of June through September.

Yes, in Phoenix it’s a dry heat. It’s also pretty dry at the end of an acetylene torch. 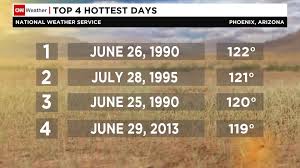 My hottest day in the Valley of the Sun the temperature reached 121 degrees. It felt like I was walking on the sun. Asphalt streets and parking lots turned squishy soft. You could fry a 2-minute egg in 1 minute. Skin burns when it touches concrete for too long at that temperature, as one toddler in the my neighborhood sadly learned the hard way. Just beginning to walk, she fell down. In her attempts to get off the sidewalk, she ended up with second degree burns on her palms and fingers.

On the other end of the thermometer, when you grow up in Iowa cold is your constant companion from late October through March. Days so frozen that, as author Garrison Keillor describes it, “when you spit on the ground it sounds like you dropped your car keys”.

The coldest I’ve ever been was a severe blizzard during my days at Northwestern College. Even in my high-tech ski jacket, the wind blew through me like a screen door. The weatherman said at its peak, the wind chill index briefly reached 104 degrees below zero. In street clothes that’s fatal in less time than it takes to make a cup of hot chocolate. A couple Iowa residents died in that blizzard, thinking they could trudge the one eighth of a mile to their house after their car got stuck in a snowbank. On that sub-zero night, it was a walk too far. 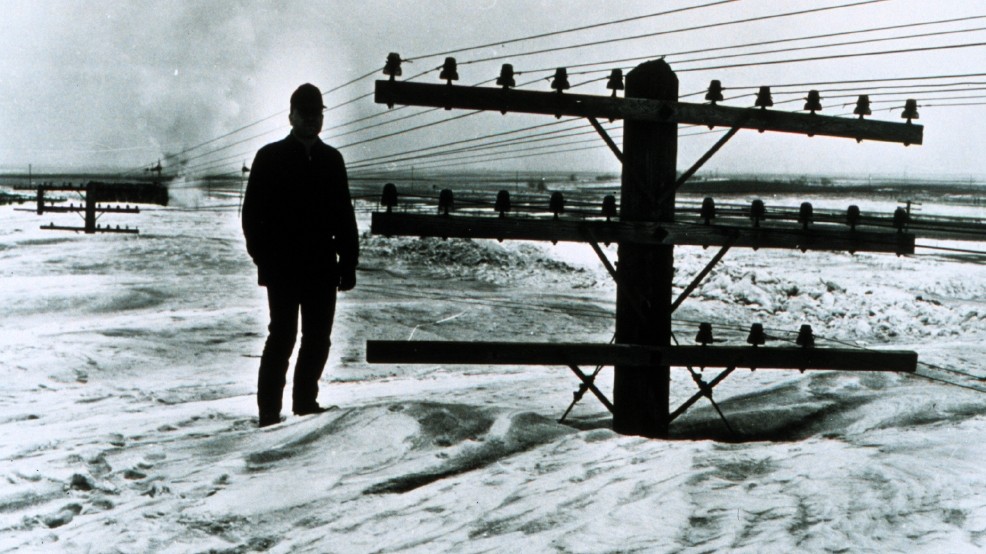 We remember hottest and coldest because they are extremes. They stand out in our memory because they go beyond normal, pushing past the ordinary into extraordinary. When we live through extremes we have stories to tell on the other side. Growing up I heard my Grandparents tell tales of the “Winter of ’36”, apparently the Grand Poo-Bah of all winters. They talked about what it was like for my Grandmother to be house bound with a colicky baby, unable to go outside for an entire month because the drifts were so high. And how Grandpa and other neighbor men walked to town for supplies because the snow was too deep for cars and horses.

There’s a reason the Weather Channel shows programs on tornados, floods and hurricanes, complete with video footage and interviews with those who survived.

Because after the storm, there is a story.

Are you experiencing an extreme right now?

Maybe it’s chronic physical pain. Or extreme financial pressure. Perhaps an estranged relationship you fear will never be reconciled. Maybe you have a child bent on learning everything the hard way. Or the dream you’ve poured your life into seems more like a nightmare of setbacks and disappointments.

Like the weather, the storms of life come in different forms. And they all wreak havoc.

Though it’s not much consolation when you’re in the middle of the chaos, remember this:

After your storm, there will be a story.

A story of how, in spite of the setbacks and circumstances, God brought you through. A story about how when you thought you couldn’t make it one more day, you did. A story about how the ending wasn’t anything like you hoped or expected, yet you’re still standing. Weathered and battered, to be sure. But stronger and wiser for the experience.

Whatever storm you’re riding out, remember that nothing is wasted with God. He promises to “work all things together for good to those who love God and are called according to His purpose”. (Romans 8:28) Part of His purpose is the story you’ll tell to others about how in spite of everything, God showed Himself faithful. There’s nothing like hearing from someone who has “been there”.

So hang in there. Don’t quit. Start thinking about the story of your extremes. The story of you, pushed to the limits, making it through.

Guaranteed there will be an audience waiting, and needing, to hear it.