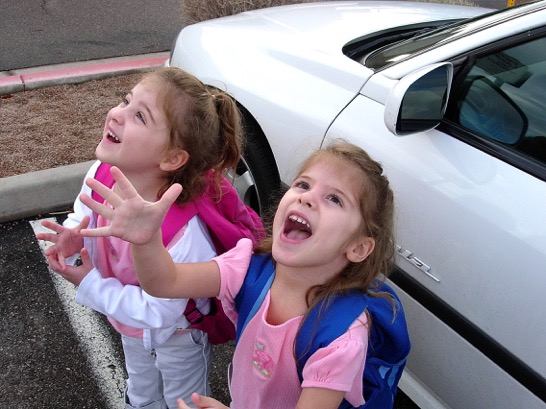 It’s December 2005. Annie and Emma unbuckle their seat belts and scramble to be the first to sit next to me. It’s time for our “pre-preschool” parking lot conversation. We have been talking about Christmas on the drive over and they are offering their final thoughts.

Annie squeezes her tush between the seats, sits down and says, “Cwis’mas is about celebwating family. It’s Jesus’ birthday.” She pauses for a second and then, with matter-of-fact confidence states, “Daddy, for some people it’s not Cwis’mas. It’s Happy Monica.”

Driving away I’m glad I take time to listen to my kids. I’d hate to miss Annie’s insight on Happy Monica.

At this age, Annie and Emma were still learning about Christmas. From participating in their church Christmas program, to reading books about Jesus’ birth, to watching “A Charlie Brown Christmas” on TV, they’re happily absorbing the entire experience.

Christmas is a wonderful mix of truth and tradition. Jesus’ birthday is the reason for the season. But there really was a St. Nicholas, too. The Grinch and Frosty the Snowman are fictional characters, yet a real part of our childhood memories. We read the legend of the candy cane, sing about Rudolph the Red-Nose Reindeer, put gifts in stockings and wonder why the other eleven months of the year we call them socks.

It’s the season of family traditions ramping up and rolling out. “This is the food we cook on Christmas Eve” conversations are beginning to happen. We look forward to an olfactory overload of gingerbread, pine scent, hot apple cider, smoke from burning logs in the fireplace and fresh baked cookies.

Though perhaps we don’t notice, we mix truth and tradition within the Christmas account. We know Mary and Joseph traveled to Bethlehem. For some reason we assume it was on a donkey, though the Bible doesn’t say. They might have walked. Since there was no room in the inn, someone had to break the bad news. Who else but the innkeeper, though the Bible never mentions one.

It’s a good bet that animals were present at Jesus’ birth, especially since Jesus was laid in a feeding trough after He was born. Maybe some sheep or donkeys or a camel. We don’t know for sure because the Bible doesn’t mention any animals, either.

The Bible doesn’t say how many wise men there were. Every regulation nativity set has three. Probably because of the three gifts of gold, frankincense, and myrrh. It assumes each guy brought one gift. Who knows? Maybe there were five wise men, one bought all the gifts and the other four just signed the card?

Don’t anyone go putting the wise men back in the box, but there’s a good chance they weren’t anywhere near the site of Jesus’ birth. It’s possible they didn’t find Him until up to two years later. Matthew 2:11 says the wise men found Jesus in a house, not a manger.

Whether camels and donkeys and wise men were there or not, what matters is that the baby in the manger was there. Whatever configuration your nativity scene has, baby Jesus is the One piece common to all. 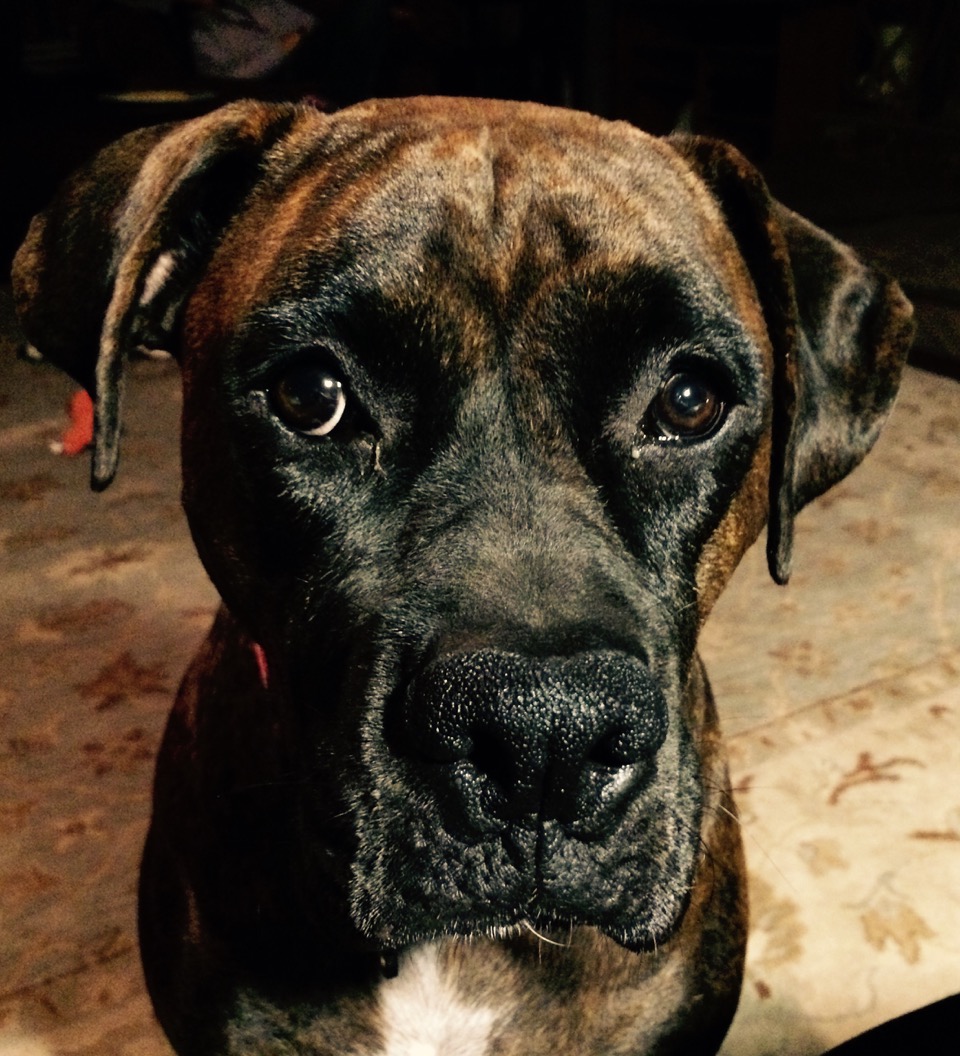 Around Thanksgiving, we were setting up our nativity scene. Everything was just right. We had just placed baby Jesus in the manger when seconds later Sadie the Boxer jumped up, snatched baby Jesus and ran out the dog door.

As of this writing, baby Jesus is still MIA.

We’ve been talking to the dog since then. “Sadie, what have you done with baby Jesus?”

So far, the dog’s not saying.

It’s a good question, really. Not just for Sadie the Boxer, but for you and for me.

What have we done with baby Jesus?

That baby in the manger became the central figure in human history. We can’t ignore Him. He is, among other perfections, the question that requires an answer.

What have you done with Jesus?

We can look at Him in our nativity scene, laying in the manger. And, come the New Year, we can box Him up with all the other Christmas figures. But we can’t put away the question.

What have you done with Jesus?

The baby in the manger came that you and I might, in Jesus’ own words, have life and have it more abundantly (John 10:10). Jesus came to offer Himself as the solution to a problematic truth; the truth that you and I are sinners in need of God’s forgiveness.

We were and are in desperate need of good news. Or as the angel said to the shepherds, “Do not be afraid! For I bring you good news of great joy which will be to all people. Unto you this day in the city of David is born a Savior, which is Christ the Lord!”

What will you do with Jesus?